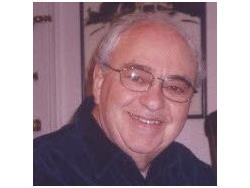 In 2016, after 64 years at the head of the company, Zanger retired, and his son Jonathan Zanger took the helm as president.

According to the Slippery Rock Gazette, “Leon, was born in Belgium and fled with his family in 1940 after the Nazis invaded. As they travelled South through France, Spain and over to Portugal on their way to America, Leon noticed the abundance of natural stone being used everywhere, to pave streets even, considering it was a luxury item back in his home country used only in museums and palaces.

“After the war, Leon and a friend from work, Marvin Walker, decided to start a business importing marble. With the support of their wives they went to work, first offering to supply marble table tops for a furniture company that had been previously using glass.

“They sold out their first (sizable) order within 2 hours. From there, they approached the big-named retailers of the time: Macy’s, Gimbles and Sears-Roebuck. By the end of their first year, they had $1 million in the bank!”