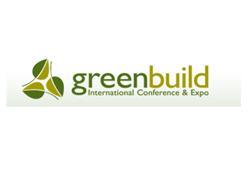 Several programmatic updates to the LEED green building rating system were announced throughout the week including:

LEED Recertification: USGBC announced that it will begin offering LEED recertification. All LEED projects-past, present and future-are now eligible for recertification by providing 12 months of data, powered by Arc, that shows consistent or improved performance, using the most recent version of the LEED rating system.

Greenbuild 2019 will take place November 20 to 22 in Atlanta, Georgia at the Georgia World Congress Center. The call for proposals will open in December 2018.