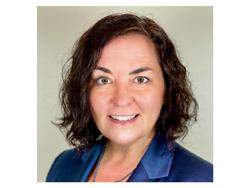 She will lead Interface on its next phase of growth, while also delivering on its mission to become a carbon negative enterprise by 2040. Hurd will succeed Daniel T. Hendrix, who has served a second stint in the CEO role since January 2020. Hendrix will continue his 39-year tenure with the company remaining as chairman of the board of directors.

Hurd is a results-driven leader who brings to Interface 30 years of sales management, product development, and brand stewardship experience in both the consumer-packaged goods and the consumer durables sectors. As segment president of learning and development at Newell Brands, Hurd oversaw the company's largest segment representing more than $3 billion in revenue in 2021, or more than a quarter of Newell's overall revenue, and approximately $600 million of operating profit. She has a proven track record of driving profitable growth through innovation and global expansion and has been lauded by her teams and colleagues as a passionate and inspirational leader.

"Laurel has had great success building new market and growth opportunities for some of Newell's most well-known brands. We're excited to have her strategic mindset and her passion for design and sustainability coming to Interface to accelerate our growth," said Hendrix. "In addition to a focus on results, she is a well-respected and highly effective leader known for developing top talent and building high-performing teams, all while driving a customer-centered philosophy that helps to win in the marketplace. We are delighted to have attracted such coveted leadership talent to Interface to propel us forward. I'm confident that with Laurel at the helm, we have the company, our people, our customers, and our brands in the right hands."

Hurd has spent the majority of her career at Newell Brands. In her most recent role as head of the learning and development segment, she led double-digit growth of the segment and was responsible for market share expansion for the writing category in the U.S., Canada, the U.K., and Australia. She oversaw a global supply chain including eight manufacturing plants in seven countries. Hurd also was recently appointed as an independent director of the board of directors of THOR Industries, where she serves on the audit and compensation committees.