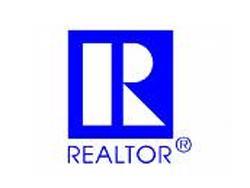 Washington, DC, January 13, 2021-Realtor.com reports on how kitchen design has been influenced by the pandemic, including the best kitchen flooring, of which the organization reported, “In addition, traditional hardwood flooring found itself on the outs. Ceramic and porcelain tile, which looks like hardwood but is often more durable and water-resistant, were the top choice for kitchen flooring. Vinyl is also becoming popular, being used in about a fifth of remodels.”

Other trends are as follows,

“Less than half of kitchen remodelers, or 43%, opened up their kitchen to other interior spaces, according to the survey. That's a big drop from the 53% of homeowners who did so in 2019.

“Kitchen storage has emerged as the must-do home renovation of 2021. About 94% of homeowners plan or did some work on their kitchen cabinets, with 63% replacing them. This may be because the pandemic made amateur chefs out of people more accustomed to dining out.

“More homeowners are reaching out to professionals ... for help making their kitchens work better, most often within the same layout and square footage.

“Despite the recession and economic hardships, homeowners spent a median $35,000 upgrading their kitchens, the same as last year.

“For the third year in a row, transitional remained the top kitchen interior design style, although it's actually a hybrid of other styles, stealing a bit from here and a bit from there. Modern and contemporary rounded out the top three.

“High-tech kitchen islands also remained on trend. About 63% of remodels included an island, and more than half of those islands featured a new appliance, such as a dishwasher or microwave, or both.

“In addition, more than half of those renovating their kitchens upgraded their pantries or created a walk-in one.”