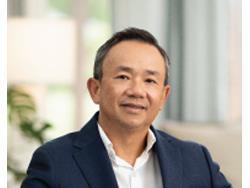 Vo will work alongside current ASID CEO Gary Wheeler, FASID until September 30. Wheeler will continue to serve ASID in an advisor capacity through December 31, before retiring.

In 2002, Vo founded Studio Four Los Angeles, where he worked as the design director and designed and sold architectural products. He later founded Khoi Vo Design and operated as the studio’s design director for 12 years and oversaw all phases of the firm’s projects.

Vo began his career at California State University as an assistant professor for the interior design program. He later became a professor at SCAD’s department of interior design and later served as chair. After a stint at the University of North Carolina at Greensboro, Vo returned to SCAD to head its former Hong Kong campus and then serve as the institution’s vice president for industry relations, a role from which he is stepping down from to join ASID.