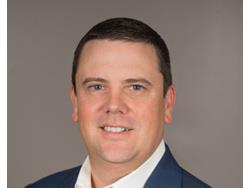 In the hybrid role of CFO-COO, McVey will work closely with McPhee and the leadership team to realize the company’s ambitious growth targets. He will lead financial activities across the enterprise and be accountable for operating model advancements to accelerate company performance.

McVey comes to Chilewich from MillerKnoll, where he served as senior vice president of finance, americas, and group brands. He and his teams supported the Americas Contract team, Group Brands businesses, and the global operations team following Herman Miller's 2021 acquisition of Knoll. He previously spent more than ten years with Herman Miller in executive positions of increasing responsibility for the company’s Geiger business as well as specialty businesses. His career also includes senior roles at HBF, part of a 200-year legacy of furniture manufacturing in North Carolina.