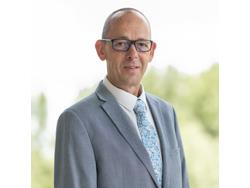 Kees joins I4F from Unilin where he spent a total of eleven years.

As I4F’s CFO, Verhaaren oversees the financial management of I4F’s licensing business, companies and partnerships. He also becomes a primary member of the company’s Operational Excellence team, assuring the continuous quality of I4F’s processes and procedures.

For the last eight years, Verhaaren held the role of finance director for Flooring Industries Limited, Unilin’s IP company located in Luxembourg. In this position, he managed all administrative and finance related matters for Unilin’s IP business. He was also responsible for finance and a board member for Mohawk Group’s entities in Luxembourg and the Netherlands. Over the years, Verhaaren played a key role in supporting Mohawk’s expansion and M&A activities.