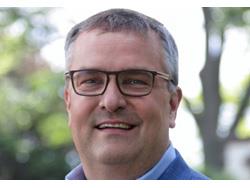 In addition to assuming day-to-day leadership of the company, effective immediately, McPhee has joined the Chilewich board of directors.

McPhee joins Chilewich from contemporary footwear company Sam Edelman, where he served as president beginning in February 2020 and successfully steered the $200 million business through unprecedented times. He previously spent a decade as president of Design Within Reach, the modernist furniture retailer he bought, transformed, and sold to Herman Miller in partnership with John Edelman, who is also a member of the Chilewich board of directors. Longtime business partners, McPhee and Edelman have built their careers around impactful execution, propelling Design Within Reach to new heights and linking it indelibly with a global design powerhouse.

In their ongoing roles as members of Chilewich's board of directors, Sultan and Sandy Chilewich will work closely with McPhee and John Edelman to ensure a smooth leadership transition. The four have known one another for decades.