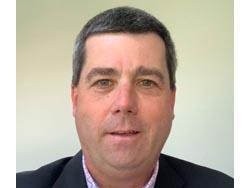 Jodie Doyle, who has been with the company since 2019 in the role of vice president sales and marketing, has been tabbed as the company’s new president of its U.S./North American operations. This new role will be responsible for the overall business and financial operations of the North American entity, along with reporting to Indusparquet’s Board of Directors and ownership in Brazil.

With Doyle taking more of the strategy and management responsibility for the company, it have also announced the promotion of three key staff members to fuel that growth. Dan Gold and Jason Elbert, both of whom have served the company in regional manager positions, were both promoted to manage key sales channels. Gold, who has been with the company since 2015, will now serve Indusparquet as its vice president, new business development. Elbert also came over to the company in 2019 and takes over as vice president, branded and distribution sales. In addition to those new sales appointments, the company also tabbed Ronaldo Bekman as its Vice president of operations, managing most of Indusparquet’s internal operations.