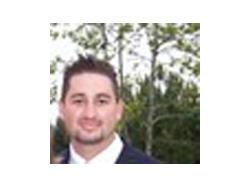 Lawson began working for Jeffrey Court, a southern California tile manufacturer and distributor of decorative tile and stone, after college. The business was started by his parents, Jim and Janice Lawson.

According to his obituary, “Lawson worked the many facets of business, including manufacturing, operations, marketing, merchandising, and finally sales. He and his team were instrumental in the past ten years of adding substantial sales growth with the company's largest customer, The Home Depot, where he developed cutting edge-bestselling wall tile lines for Depot.”

Lawson was promoted to president of the company six years ago and was “most proud when Jeffrey Court reached yearly sales exceeding $100 million.”