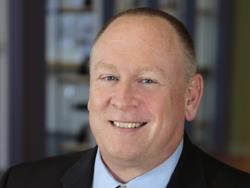 Paris, France, March 14, 2019–-Tarkett has announced the evolution of its executive management committee, which includes the appointment of Jeff Fenwick as president.

The following changes will be effective March 15.

Tarkett announces a new leadership in North America with the appointment of Jeff Fenwick as interim president and CEO of Tarkett North America. He will succeed Andrew Bonham, who has decided to resign. Jeff Fenwick will join the group’s executive management committee and will remain based in Tarkett’s North American Headquarters, in Solon, Ohio.

Fenwick, who has more than 20 year’s experience in the interior design industry, joined Tarkett in October 2012.

Antoine Prevost, operations EVP, member of the executive management committee, is appointed research and development and operations EVP. He will oversee the group research team.