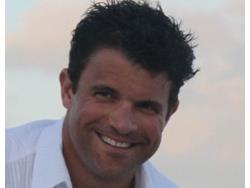 Chicago, IL, November 15, 2022-Diverzify has announced the appointment of Jason Adams as president of the ceramic tile division at Diverzify Chicago, effective November 14.

In this new role, he will be reporting directly to Ryan Borgman, president Diverzify Chicago.

Adams has worked for Kingston Tile Company of Chicago over the last 25 years and has served as president of the firm for the past four years. Adams is well known in the ceramic tile industry with manufacturers and ceramic tile customers and has been a major influencer in the development of this industry. In this new role at Diverzify, Adams will have full responsibility for the growth and development of the ceramic tile business and will work with the team to expand its footprint.

Outside of his day-to-day duties, Adams has found time to work with the Starnet Cooperative, since 2010, as part of their membership committee. In 2016, he became a member of TCNA (Tile Council of North America) and CTCAC (Ceramic Tile Contractor Association Chicago), where he was appointed to vice president two years later.  In 2017, he became a Local 21 Apprentice Trustee and DCTC (District Council Training Center) representative.