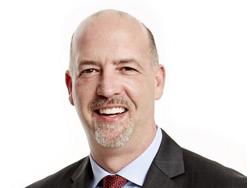 In this role, McFarland will oversee the north, south and west divisions, Orchard Supply Hardware, pro and services businesses, operations engineering, and asset protection for the organization. McFarland will report to Marvin R. Ellison, president and CEO.

McFarland brings to Lowe’s more than 25 years of retail operations experience and more than two decades of home improvement experience at The Home Depot. He has a proven track record of driving operational execution, effective customer engagement strategies and implementing omni-channel initiatives. He most recently served as EVP and chief customer officer at JCPenney, where he oversaw the company’s stores, operations and merchandise strategies.

Prior to JCPenney, McFarland spent 22 years at The Home Depot, where he served as president of the northern and western divisions from 2007 to 2015. In these roles, McFarland led the largest sales volume division in the company, producing $36 billion in annual revenue and record profits. Prior to that, McFarland served as regional vice president, New York metro region, from 2005 to 2007, where he managed all aspects of store operations and merchandising and led the region to two consecutive years as the top performing region in the company.

McFarland is a Gulf War and Desert Storm veteran, having served six years in the United States Marine Corps.