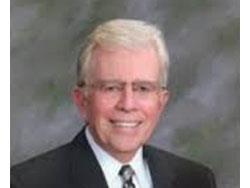 Frost began his career with the American National Bank and Trust Company and as an accounting instructor in the Evening College of the University of Chattanooga. He later was treasurer of Tennessee Paper Mills. He has been a CPA since 1955 and with his brother, Jim, founded the firm of Frost and Frost in 1963.

Frost held the position of chairman of the board of several of the companies that he founded or acquired, including Tuftco, Trade-Finance International, Mitchell Industrial Tire Co., Professional Industrial Tire Co., and Management Strategies. In 1985, Frost acquired Tuftco Corp, in its entiriety, and he sucessfully expanded its reach into international markets.