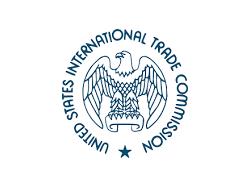 Glen Ellyn, IL, May 29, 2019-By a unanimous vote, the U.S. International Trade Commission (ITC) on May 24 found a reasonable indication that U.S. imports of ceramic tile from China are causing material injury or threaten such injury to the American ceramic tile manufacturing industry. Additional documentation, including the public version of the ITC staff report, should be available next week.

The significance of this decision is that it means that both the antidumping (AD) and countervailing duty (CVD) cases will move forward. The next steps will be by the Commerce Department’s International Trade Administration (ITA), which will make preliminary determinations as to: 1) whether China is granting manufacturer subsidies in violation of international agreements (CVD), and 2) if China’s manufacturers are dumping ceramic tile in the United States by selling it at unfair prices (AD).

According to a Fact Sheet on the cases issued by the ITA, Commerce is scheduled to announce its preliminary CVD determination on July 8 and its preliminary AD determination on September 18. If either or both determinations are affirmative, the ITA will issue duty deposit requirements for participating respondent Chinese manufacturers and an “All Others” rate for the remaining Chinese ceramic tile producers. For any entries filed on or after the date a preliminary affirmative decision is published in the Federal Register in either case, entries of ceramic tile from China will be suspended from liquidation (finalization) and U.S. importers will be required to submit with their import entries estimated additional duty deposits to cover their importations from a particular Chinese ceramic tile manufacturer. The percentage magnitude of these additional duty deposits, if any, will not be known until ITA’s issuance of its preliminary determinations in both cases. It must be emphasized that the U.S. importers are not permitted to receive reimbursements of any AD or CVD duties from their Chinese suppliers; in fact, they are required to provide a Certificate of Non-Reimbursement to U.S. Customs and Border Protection Agency prior to liquidation of the covered entries.

In relatively rare cases, the agencies may issue a finding that Critical Circumstances exist due to a surge in imports getting into U.S. customs territory prior to the date of issuance of the affirmative determinations by the ITA. The issuance of such a decision would mean that imports of ceramic tile entered within as much as 90 days prior to the issuance of the ITA’s preliminary determination would be subject to any AD/CVD duty deposit requirements.

In 2018, imports of ceramic tile from China were valued at an estimated $483.1 million.