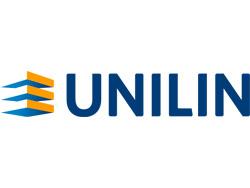 Calhoun, GA, May 20, 2020-On May 15, Administrative Law Judge (“ALJ”) Shaw released the ITC’s “Initial Determination” in the investigation brought by Unilin’s IP company, Mohawk Industries, and IVC US on March 25, 2019 against 45 companies alleged to infringe Unilin’s patents in its rigid and foamed core locking patent portfolio.

In a 269-page opinion, ALJ Shaw found all 48 asserted claims of Unilin’s patents US 9,200,460, US 10,233,655 and US 10,208,490 infringed and recommended a General Exclusion Order against all products that infringe such patent claims. A General Exclusion Order is an extraordinary measure which can only be ordered by the International Trade Commission by which all products of all worldwide manufacturers will not be allowed entry into the United States if they infringe the asserted Unilin claims and are not authorized by Unilin to be imported into the United States.

“This is again an important milestone for our technology licensing business,” stated Bart Van der Stockt, managing director of Unilin’s IP business. “We strongly believe that the Commission will adopt the ALJ’s recommended General Exclusion Order, by which it will be already the second time that the ITC has issued a General Exclusion Order to prevent infringement of patents in Unilin’s portfolio.”

The order by ALJ Shaw is subject to review by the ITC Commission, but Unilin is confident that no substantial elements will be revised.

Unilin IP invites each manufacturer, importer, distributor or retailer to contact info.technologies@unilin.com to schedule an online meeting on what this decision could mean for their company.

Listen to the interview with Bart Van der Stockt here.