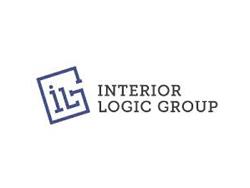 The transaction is subject to customary closing conditions and is expected to close in Q2 2021.

Interior Logic, based in Irvine, California, is a provider of flooring and other interior finishes for homebuilders. The company ranks number five on Floor Focus' Top 100 Dealer list with an estimated $1.002 billion in sales in 2020. According to ILG's S1 filling, 74% of it's revenue in 2019 came from flooring sales. The present-day company was formed by the 2018 merger of Interior Logic Group and Interior Specialists. Its national network is comprised of 110 design studios, 109 warehousing and logistics centers, and nine countertop fabrication facilities, from which the company serves approximately 285 MSAs, including 46 of the top 50 U.S. homebuilding markets. ILG provides its capabilities to help enable the completion of nearly 100,000 homes per year.

In mid-January, Interior Logic announced its intention to launch an initial public offering. That story is available here.

According to Bloomberg, “Blackstone, one of the world’s largest real estate investors, is getting in on the rebound in single-family housing in the U.S. fueled by low borrowing costs and the need for larger living spaces during the pandemic. U.S. home construction starts climbed in December to the fastest pace since late 2006.”