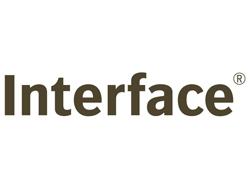 The A+ awards, an architectural award program, received entries from more than 100 countries in more than 60 categories.

Net-Works is a business partnership between Interface, the Zoological Society of London, and Aquafil, and was created to tackle the environmental problem of discarded fishing nets in some of the world’s poorest coastal communities while supporting Interface’s goals for recycled content for its carpet tile.

The program was launched in 2012 with 26 fishing villages based in the Philippines.

In citing Interface for Hall of Fame induction, founder Sam Gell said, “The Interface story is one about true leadership, and the sacrifice it takes to do the right thing, the right way. All who have been associated with Interface over the years share in this recognition for its pioneering, innovative sustainable practices. Along with founder Ray C. Anderson, Interface Inc. can take its rightful place among the icons in the Green Industry.”