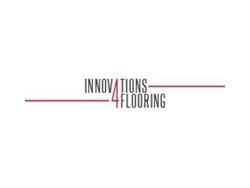 The validity of I4F’s 3L TripleLock EP2440724 was confirmed by the EPO’s opposition division, according to I4F, and all oppositions filed by Unilin on the patent were rejected. This means that licensees of I4F’s 3L Triple Lock patent have protection across Europe.

Unilin filed the following response to I4F’s statement, “Following an EPO finding on March 8, 2017, Unilin is concerned by the fact that I4F is trying to mislead the flooring market by suggesting that, because the European patent EP2440724 of I4F was confirmed by the EPO, this means that I4F licensees have an ‘extensive scope of protection’ or ‘legal security’ against third party patents.

“‘Such insinuations are factually and legally incorrect. The fact that this particular I4F patent was confirmed by the EPO has absolutely nothing to do with the question whether a product, even if made according to this I4F patent, infringes third party patents,’ states Bart Van der Stockt of Unilin. ‘This decision, if confirmed in appeal, only means that if European companies manufacture the very specific I4F locking embodiment as described in the patent, they will fall under the scope of this I4F patent. Whether or not this specific locking embodiment also infringes other patents, is a completely different question.  There is no decision whatsoever which gives an indication that such products would not infringe other patents. This is not a matter of interpretation, but a matter of law.’

“Unilin is of the firm opinion that the I4F locking system infringes on many of Unilin’s patents, for example European patent EP 2 077 358 which protects angle-folddown connections. I4F’s patent attorneys tried to invalidate this specific patent in June 2016, but Unilin prevailed and the patent was confirmed by the European Patent Office (see http://www.unilintechnologies.com/en/Flooring/News/Unilin-wins-patent-case-against-Innovations-4-Flooring-patent-firm/).

“Although I4F has made claims that there are millions of m² of flooring which make use of the I4F locking technology, Unilin is only aware of I4F licensed products, which are either (1) also licensed under the Unilin patents and for which the specific licensee thus has an additional license from I4F, or (2) which are the subject of a legal patent infringement court case.”