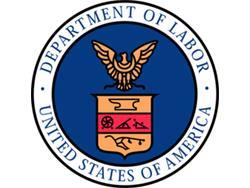 Washington, DC, February 18, 2021-Prices for U.S. imports increased 1.4% in January, after rising 1.0% in December, the U.S. Bureau of Labor Statistics reported. The January advance was the largest one-month rise since the index increased 1.4% in March 2012.

U.S. export prices increased 2.5% in January following advances of 1.3% and 0.7% the two previous months. The January increase was the largest advance since the index was first published on a monthly basis in December 1988.