IIDA Names Cheryl Durst to Board of Trustees 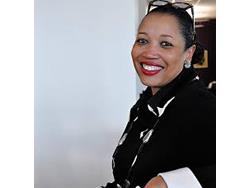 New York, NY, November 7, 2019-The New York School of Interior Design is pleased to announce the appointment of Cheryl S. Durst, Hon. FIIDA, LEED AP, executive vice president and CEO of the International Interior Design Association (IIDA), as a member of the College’s Board of Trustees.

An exceptional communicator, innovator, and visionary leader, Durst has spurred progress, driven change, and encouraged the expansion of the interior design industry. As the executive vice president and chief executive officer of IIDA, Durst is committed to achieving broad recognition for the value of design and its significant role in society through both function and engagement in every-day workspaces and the built environment. Demonstrated by her active involvement in connecting industry professionals, including designers, manufacturers, clients, end-users, and employers, she has worked to promote an understanding of how design impacts human behavior and affects all aspects of shared spaces.

In addition, the New York School of Interior Design has appointed Eric Gering as faculty trustee, effective September 24. Gering has been an instructor at NYSID nearly 20 years and offers a unique faculty perspective to the Board of Trustees.