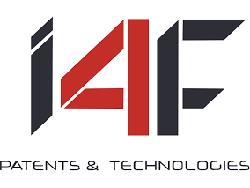 Willemstad, Curaçao, May 29, 2019-I4F has announced that it will file an inter partes review (IPR) petition at the Patent Trial and Appeal Board (PTAB) in the U.S. Patent and Trademark Office (USPTO) to nullify Unilin’s U.S. Patent No. 9,200,460.

I4F will demonstrate that Unilin’s ’460 patent is invalid in view of prior art showing that the claimed features were known in the flooring industry well before the date upon which the ’460 patent was filed.

Mohawk/Unilin are asserting the ‘460 patent against dozens of Chinese manufacturers and exporters, as well as many U.S. importers and distributors, in connection with an ITC complaint they recently submitted to the U.S. International Trade Commission in Washington, D.C. Many of the accused manufacturers are Unilin’s own licensees.