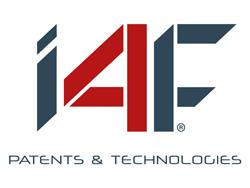 Hamont, Belgium, May 19, 2022-I4F, a group of companies providing patents and technologies to the flooring industry, has, for a second consecutive year, been awarded as one of the 2021/22 Best Managed Companies (BMC) by Deloitte.

As a result, I4F remains a part of the global BMC community, hosted by Deloitte, and is invited to participate in international assemblies on a wide range of key business areas.

i4F has also, once again, been nominated for the 2021/22 Excellence Award for Strategy, judged by a panel of prominent leaders representing a variety of industries, which it already won last year. The winner of this year’s Excellence Award for Strategy will be revealed on June 21 at a ceremony being held in The Netherlands, during which other BMC winners will also receive recognition awards.

The annual BMC program aims to find the best managed, privately owned companies. The program evaluates a company’s management capabilities and practices as well as recognizes overall business performance and growth. i4F received a 2021/22 Best Managed Companies award as a tier one player demonstrating a number of best management abilities and practices. This included strategy, culture and commitment, capabilities and innovation as well as finance and ESG compared to peers.

Listen to the interview with John Rietveldt here.