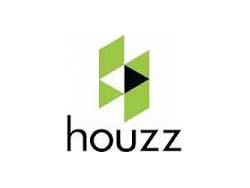 This follows a 10% increase in median kitchen spend in 2017. Median spend on guest and master bathroom remodels, the second and third most popular rooms to renovate, grew by 17% and 14%, respectively.

“Last year's 10% increase in tariffs on imported building materials have started to hit consumer pockets in areas such as kitchen and bathroom remodels that are heavily dependent on imports of cabinetry, countertops, ceramic tile, plumbing fixtures and vinyl flooring from China. We expect similar effects to take place in 2019 given the recent breakdown in trade negotiations,” said Nino Sitchinava, Houzz principal economist.

Overall, renovation activity remained strong through 2018 with more than half of homeowners on Houzz remodeling (54%), at a median spend of $15,000. Similar to expectations from previous years, 51% of homeowners plan to continue or begin renovations this year at a median spend of $10,000, signifying that 2019 is on track to be another robust year for the home improvement market.

As homeowners consider whether to renovate their current home or to purchase a new home, the top two considerations for renovating are location and ability to personalize, outranking return on investment. In fact, wanting to stay in the current home is the biggest decision driver for owners who have lived in their homes for six years or more (61%), while personalization is the most important factor for those who have lived in their homes for less than one year (56%).

"Pent up demand continues to be the biggest trigger for renovations today, as older generations, who represent four in five renovating homeowners, prefer to stay put and invest in the design and functionality of their current home over moving to a different home," said Sitchinava.

Four in five renovating homeowners hired a professional in 2018 (87%), with general contractors in greatest demand (26%). While Baby Boomers are more likely to hire professional help than Millennials (89% versus 82%, respectively), the gap is surprisingly narrow. In fact, hiring of construction managers such as general contractors is nearly as widespread among Baby Boomers and Millennials (36% and 34%, respectively).

Security upgrades continue to gain popularity, with an average annual growth of 20% over the past three years, and a median spend of $500 in 2018. Outdoor security also saw gains in popularity, growing 50% year over year to 12% in 2018, from 9% in 2017. One in seven renovating homeowners integrated smart outdoor security cameras that can be monitored or controlled from a mobile device (14%). Home security is particularly popular among Millennials, who are more likely to upgrade their systems than Baby Boomers during renovations (24% versus 15%, respectively).

One in four home renovations trigger the purchase of a home assistant. Other connected home purchases include smart light fixtures (17%), smart thermostats (15%), or smart alarms or detectors (13%), which can be monitored or controlled from a mobile device or computer. Millennials are more likely than Baby Boomers to rank smart technology as a high priority (31% versus 25%, respectively), and are twice as likely to install smart thermostats (24% versus 12%, respectively) during renovations.

The majority of renovating homeowners in 2018 also decorated or furnished their home the same year (70%). Millennials were significantly more likely to decorate following home renovations than Baby Boomers (83% versus 65%), purchasing products such as large interior furniture and storage solutions.