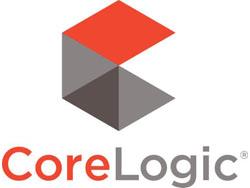 New York, NY, August 31, 2021-Home prices made a 18.6% annual gain in June, up from 16.8% in the previous month, according to the S&P CoreLogic Case-Shiller U.S. National Home Price NSA Index, covering all nine U.S. census divisions.

Phoenix, Arizona; San Diego, California; and Seattle, Washington reported the highest year-over-year gains among the 20 cities in June. Phoenix led the way with a 29.3% year-over-year price increase, followed by San Diego with a 27.1% increase and Seattle with a 25.0% increase. All 20 cities reported higher price increases in the year ending June 2021 versus the year ending May 2021.

Before seasonal adjustment, the U.S. National Index posted a 2.2% month-over-month increase in June, while the Ten-City and 20-City Composites both posted increases of 1.8% and 2.0%, respectively.