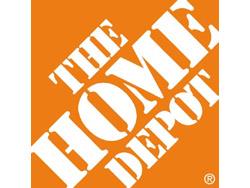 New York, NY, January 5, 2021-The U.S. Environmental Protection Agency and the Justice Department announced in December that it has reached a settlement with Home Depot over lead paint violations across the country, reports Fox Business.

“The violations that lead to the settlement came after the EPA investigated Home Depot renovations in five states-Illinois, Maine, Michigan, Minnesota and Wisconsin-that demonstrated subcontractors for the home repair giant did not adhere to lead paint regulations. These include work practices, post-renovation cleaning, providing pamphlets to occupants about the lead-based paint as well as maintaining compliance records.

“The use of lead-based paint was banned in 1978 after experts discovered it can cause a variety of health problems, especially in young children.

“The $20.75 million settlement, ‘the highest civil penalty obtained to date for a settlement under the Toxic Substances Control Act,’ according to a release from the DOJ, will go partly toward Utah, Massachusetts and Rhode Island, which joined in the suit due to their renovation, repair and painting (RRP) programs.

“Home Depot will also provide information on how to work with lead-based paint at its stores, website and YouTube page, the statement added.”