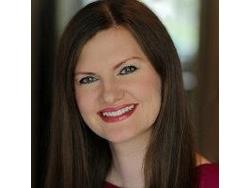 Baxter, TN, July 1, 2022-Portobello America has announced that Holly Badertscher has joined the firm as vice president of marketing, a new role within the organization. A 14-year veteran of the floorcovering sector, she will be responsible for leading marketing and branding, communications, product development, market insights, merchandising and more.

Badertscher comes to Portobello America from Lowe’s Companies, where she served as merchandising vice president for decor. Prior to that, she was vice president of merchandising, vinyl and laminate at Floor & Decor for six years. Earlier in her career, working for The Home Depot, she was one of the first online merchants to lead the flooring business and later led the vinyl flooring business for all U.S. stores.