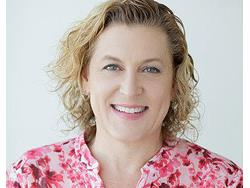 Pendleton, SC, May 29, 2019-The Ceramic Tile Education Foundation (CTEF) is pleased to announce that Heidi Cronin, previously president of The Cronin Company, has joined CTEF as the industry liaison and promotions director, a newly created role to support the next stage of evolution for the organization.

As CTEF industry liaison and promotions director, Cronin will be responsible for speaking on a national level to promote CTEF certification and training programs. Key segment groups include independent distributors, tile and allied product manufacturers, designers, architects, specifiers, remodelers, builders and general contractors. She will work closely with the National Tile Contractors Association (NTCA) and Tile Council of North America (TCNA), including promoting NTCA qualified labor efforts and the TCNA Why Tile campaign.

Cronin grew up in the floorcovering distribution industry. She graduated from Southern Oregon State College with a bachelor of science degree in criminology. She began her career at The Cronin Company as a branch manager. From there, she spent time in purchasing, becoming vice president of operations and then president. She remained through its liquidation and subsequent closure, which were announced in February. The Cronin Company was started in 1878 and entered the flooring business in 1962.