Grizzle Retiring as President/CEO of Mannington at Year's End, Pendley Succeeding Him 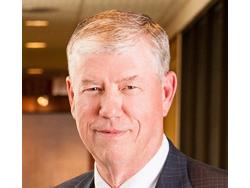 Grizzle joined Mannington Mills as COO in 2010 and in 2011 succeeded Tom Davis as president and CEO. He has over 40 years of industry experience; the past 12 with Mannington Mills and prior to that with Milliken & Company. He holds a degree in chemical engineering from the Georgia Institute of Technology and is a graduate of the Harvard Business School’s Advanced Management Program.

To help ensure a solid transition, effective immediately, Tom Pendley, president of Mannington Commercial, will assume the transitional role of chief operating officer (COO), with the plans for him to assume the role of president and CEO upon Grizzle’s retirement.