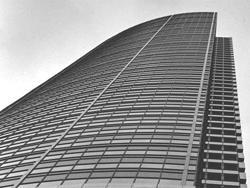 New York, NY, March 19, 2021-Google says it is doubling down on the office, reports the Wall Street Journal.

“The Alphabet Inc. unit said it would spend $7 billion this year on expanding its footprint of offices and data centers across the U.S., including pouring $1 billion into its home state of California. The search-engine giant said it would hire at least 10,000 new full-time staff over the course of the year in anticipation of a post-pandemic recovery in the U.S.

“The spending commitment follows a slowdown in investment by Google about a year ago, as the magnitude of the Covid-19 crisis was starting to take shape. Last April, Alphabet and Google Chief Executive Sundar Pichai told staff in a memo that Google would slow hiring amid the pandemic.

“Like other big tech companies, Google has flourished over the past year, benefiting from an accelerated shift in online ad spending. Despite that growth, its U.S. investment planned for 2021 is lower than pre-pandemic levels; it invested an annual average of $11 billion in 2018 and 2019.

“The company said this year’s investment plan is aimed at existing sites but that it is also creating three new office sites, in Minnesota, Texas and North Carolina, expanding Google’s presence to 19 states. The company said it would add thousands of roles at existing sites in Atlanta, Washington, D.C., Chicago and New York, extending a yearslong push to broaden its footprint beyond Silicon Valley. Alphabet reported more than 135,000 employees world-wide as of last year.

“‘Coming together in person to collaborate and build community is core to Google’s culture,’ Mr. Pichai said in a blog post Thursday. ‘And it will be an important part of our future.’”