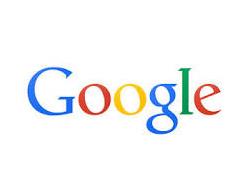 “France’s competition authority said it had also accepted a series of proposed commitments Google made to settle the case, including promises to make it easier for competitors to use its online-ad tools. The Wall Street Journal first reported the proposed settlement last month.

“Google’s commitments will be binding for three years, the authority said.

“‘We have agreed on a set of commitments to make it easier for publishers to make use of data and use our tools with other ad technologies,’ said Maria Gomri, Google’s legal director in France in a blog post. ‘We’re committed to working collaboratively with regulators and investing in new products and technologies that give publishers more choice and better results when using our platforms,’ she said.

“While Google’s commitments are binding only in France, they will become a template for how the company could resolve similar complaints from publishers and advertising-technology rivals elsewhere-potentially changing how Google operates its system around the world. Ms. Gomri said Google would test its changes ‘over the coming months before rolling them out more broadly, including some globally.’”