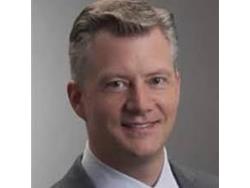 Landau, 50, started his career with International Paper (IP) in 1991, beginning in engineering then moving into manufacturing. He had general management roles in the company's packaging businesses in the U.S. and Europe before assuming strategic responsibility for IP's forest resources, real estate and minerals sector in 2003. In 2007, Landau was named vice president and general manager of containerboard packaging and played a key role in the acquisition and integration of Weyerhaeuser's packaging and recycling businesses. In 2011, he transitioned into a finance role, becoming IP's vice president of investor relations. From 2013 to 2016, Landau was president of IP's paper and packaging entity in Brazil, with full P&L responsibility for the segment and strategic direction for the Latin American market. Most recently, he was IP's chief financial officer, where he led the company's global finance function heading its capital allocation process and steering its value creation initiatives, while leading a team of more than 2,500 finance and IT professionals around the globe.

As previously announced, Boykin will take a senior consultant role with the business and support the transition.