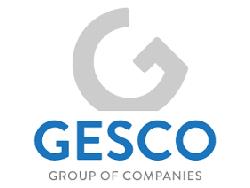 duDomaine, having served in multiple industries, joined Gesco 22 years ago as president and CEO. Throughout his tenure the company has expanded considerably, while it privatized, repositioned, rebranded, diversified, upgraded both facilities and systems, expanded to the U.S. and China, acquired two companies and changed ownership twice.

Green, with extensive floorcovering installation and distribution experience, joined the company 21 years ago. He has since served in several senior roles within multiple departments, including Shnier commercial sales, national sales, sales and marketing and most recently as Shnier president.

Wilcox, with extensive experience in all logistical services, joined Gesco 11 years ago having worked with several leading multi-national corporations, non-industry related. He has served as director of Gesco operations and most recently as Gesco chief operating officer.