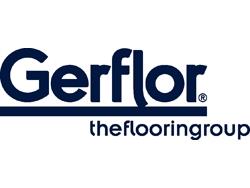 Chicago, IL, December 23, 2021-Gerflor USA announced the signing of a lease for a new distribution facility in Bolingbrook, Illinois, just outside of Chicago, that will replace the current Gerflor facility and double the square footage dedicated to domestic inventory.

It will also serve as a newly designed headquarters and collaboration space.

Benjamin Bachman, CEO, Gerflor USA said the company is creating a new work environment for Gerflor team members. Called “The Court,” the new space will be flexible and collaborative, and it will incorporate sport, commercial and transport flooring surfaces from the company's major U.S. brands: Gerflor, Connor Sports and Sport Court.

Inventory build and new construction will begin in January to be fully integrated and occupied in time for an open house at Neocon.