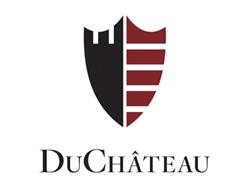 After an extensive investigation triggered by a Sierra Club complaint, ASI announced last spring that DuChateau had knowingly sold large volumes of flooring as “FSC 100%” that was not in fact certified. As a result, FSC suspended DuChateau's trademark license agreement, resulting in a year-long suspension of their Chain of Custody (CoC) certificate.

FSC’s statement goes on to say that “[c]ompanies that do not, in good faith, follow the requirements of the FSC system will find themselves increasingly under scrutiny by FSC and ASI as the system investigates and takes action on non-conforming products and false claims.” In a detailed report that accompanies FSC’s statement, ASI states that their investigation found that DuChateau recorded large volumes as certified purchases that were not sold as certified by their Chinese supplier, and that boxes of flooring were falsely labeled with the FSC trademark by the supplier, concluding that “[t]he significant mismatch in the volumes reported sold and purchased as ‘FSC 100%’ does not indicate an isolated misunderstanding or mistake on the part of either company with regards to claims” and that “DuChateau passed ‘FSC 100%’ claims on to customers...permitting the sale of enough non-conforming product to cover over 60 American football fields.”

Caroline Pufalt, chair of Sierra Club’s Forest Certification & Green Building Team that brought the original complaint, said of the decision: “Sierra Club applauds FSC for upholding the integrity and credibility of its certification system. This action sends a powerful signal that fraud in the FSC system will not be tolerated.”

DuChâteau’s president Benjamin Buzali released the following statement, "DuChâteau sent notice to terminate our FSC certification on July 5, 2018. Sustainability has been, and remains, a core value of DuChâteau. As unfortunate as this decision was, we view this as an opportunity to review and strengthen our own internal compliance and environmental procedures. To ensure we will continue to be a leader in our industry, we want to take the time and due diligence required to implement best-in-class solutions. We look forward to sharing some of the programs in development later this year."