Fred Shehadi of B. Shehadi & Sons Has Died 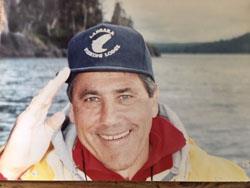 Manchester, VT, May 24, 2019-Frederick Selim Shehadi, Jr. died May 17 at his home in Manchester, Vermont, preceded in death by his wife, Carol.

After graduating from Bucknell University in 1954, Shehadi joined B. Shehadi & Sons in East Orange, New Jersey, an Oriental rug and carpet business started by his grandfather in 1900. Shehadi pioneered the use of modular carpet tiles in the commercial work space and championed the concept of “added value,” through reinforcing his five cherished fundamentals: preparation, presentation, execution, follow up and follow through. Shehadi was a strong advocate for the adaptation of carpet tile in the commercial office space.

Shehadi helped put together the original Milliken FSD (Full Service Dealer) program in the early 1980s and was a founding member of COMSPEC, the first national association for commercial flooring contractors which ultimately led to the formation of StarNet.

An obituary is available here.