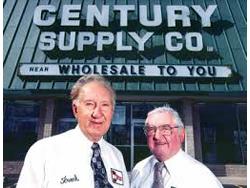 Over the years, the pair grew the business from a little store on Austin Avenue in Chicago to twelve locations covering the Chicago-land area and becoming one of the largest floorcovering retailers and distributors in the Midwest.