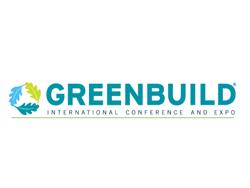 “USGBC is deeply honored that President Obama has accepted our invitation to speak at Greenbuild 2019,” said Mahesh Ramanujam, president & CEO, USGBC. “President Obama is a global leader and a long-time friend of the green building community. While in office, his administration negotiated the landmark Paris Climate Accords, expanded the impact of our field and helped open the door for energy efficiency investments in both the public and private sectors. I know that when he joins us on the keynote stage in November, he will impart his ideas, passion and vision to our growing global green building family.”