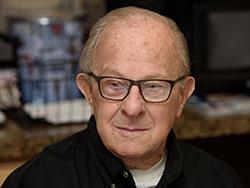 Indianapolis, IN, August 16, 2022 - Melvyn (Mel) Tishler passed away August 13 in Indianapolis, Indiana. The 93-year-old had a long career in the flooring business, ultimately opening Indiana’s first floorcovering chain before retiring.

While a pre-law student at the University of Louisville, Tishler began working for his father-in-law, Herman Kort, at Kort’s Furniture in 1949. Distributors Irving Kahn & Sons and then Renard’s soon recruited Tishler. He eventually opened his own flooring store, Floor Time Stores of Indiana, which grew to four locations in the ‘60s.

Tishler later led sales and marketing for companies such as Prizant’s in Pittsburgh, Pennsylvania and Carpet Factory Outlets in Windsor, Connecticut. In 1978, he was hired to run the commercial division of New York Carpet World in Southfield, Missouri, and his sons, Fred, Bruce and Harry, ended up starting their careers in retail flooring there.