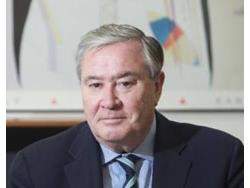 Riaza retired in 2019 after a long professional career in the ceramic tile sector. Riaza joined the general secretariat of ASCER in the 1990s and advised a half a dozen presidents of the association during his 25-year career.

Riaza was decisive in managing outstanding challenges for companies in the sector. He helped to resolve dumping disputes that the Spanish and European industry faced, which were settled under his direction. He also advanced and championed sustainable and energy-efficient use processes such as cogeneration.