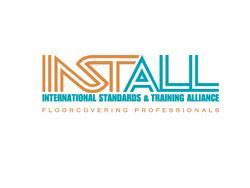 Flynn is a 33-year member of the UBC, formerly serving as national political director of the organization and most recently as the executive secretary-treasurer of the North Atlantic States Regional Council of Carpenters (NASRCC). In his role as political director, Flynn worked in Washington DC on behalf of the UBC and INSTALL. He played a key role working with the United States Department of Veterans Affairs (VA) to get INSTALL’s specification language written into the VA’s master specification.

Flynn’s appointment comes on the heels of Capelli’s retirement. A third-generation carpenter, Capelli was a member of the UBC since 1986 and served as eastern district vice president prior to his tenure as INSTALL chairman and UBC general secretary-treasurer.

In his new position, Flynn will oversee the success of INSTALL as the organization enters a new decade.