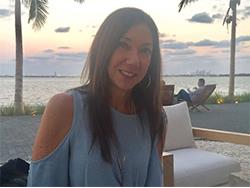 Chicago, IL, June 21, 2018-A woman was killed at NeoCon after falling off of a swing that was on display at the David Edward furniture booth, according to authorities.

Jacqueline E. Albertine, 57, of Miami Beach, Florida, was killed Tuesday afternoon after suffering a severe blow to her head. She was taken to Northwestern Memorial Hospital and was pronounced dead later that evening. Her death was ruled an accident.

Albertine was attending the NeoCon show on behalf of the company she worked for, Corporate Design Choice, where she sold office furniture for 14 years.