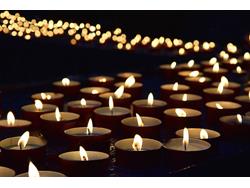 Obituary by Mark Scher, Lester’s son, “When my father was 18, he wanted to get married to my mother. He had no job, so he went to where his brother worked and asked for a job. They said that they were not hiring, so he made them a deal. He said, ‘I need a job, so I can get married. Let me come and work for you for two weeks for no pay. If you like me, then you will hire me.’ That started his career at Dean Floor Coverings. He worked there for a while, climbing the ranks, until he moved to Allen Carpet Shops, where he worked his way up to become the general sales manager of the 52-store chain, being only in his early '20s. Allen Carpet then bought Emerson Rug Company, a 13-store chain in New England, where my father was sent to integrate them into the Allen system. He was very young compared to his peers. He often said that his biggest obstacle was to gain the respect of his elders as he was their now 26-year-old manager.

“From his days at Allen Carpet, he migrated to open his first store in East Brunswick, New Jersey called Carpet Buyers Outlet in 1973 at 30 years old. It was a carpet store like no other. It was a store filled with inventory. Rolls and remnants for DIY, which did not even exist as a term then, or super-fast installation within 24 hours. He took this concept to other cities. He was the first of his kind in the areas that he served. He went on to open other carpet stores throughout the years, always doing things vastly different then the 'normal way.'

“He always ran the sales of his company as if he was the client. ‘How would I want to be sold? What am I looking for? Does my salesman seem sincere? What is the urgency that I need to make a decision now?’ These were some of the questions he answered in his selling techniques. The biggest thing that he always stated was, ‘Give the customer a reason to buy now.’ He never was pushy or manipulative, but rather he created an 'urgency' for the clients. As he was self-educated with no formal schooling after high school, his 'street smarts' led his way to become the master at his craft. He came up with some silly and off-the-wall sales. He would run ‘banana sales,’ where a customer could get 50% off any remnant if they brought in a banana. He ran ‘ugly rug sales.’ Who would do these things? He did and made each and every one of them a great success with heavy promotion. The sales that drew the biggest crowds were the 'rug riots' with previews on Friday for sales on Saturday. The crowds were insane.

“He ended his career in a partnership with Airbase’s Richard Longwill in Charleston, South Carolina at Carpet Wholesalers. When he arrived, the store was one of over 70 carpet stores in the area. With his master merchandising skills, he quickly turned it into the go-to store for floorcovering in the area. Richard Longwill stated, ‘In all of my years in this industry, I have never seen a better floor covering merchant than Lester Scher.’”