Floor & Decor Adds Dwight James to Board of Directors 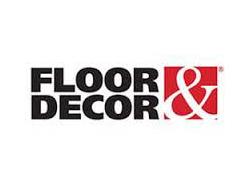 Floor & Decor also announced that David Kaplan, co-founder of Ares Management Corporation, resigned from its board of directors, effective September 30.

At Delta, James is responsible for the company’s digital strategy, customer engagement & loyalty and serves as the CEO of Delta Vacations, a wholly owned global subsidiary of Delta. Since 2009, he has held several senior executive roles at Delta, which include leading pricing and revenue management, where he oversaw the company’s development, planning and execution of global revenue generation strategies. James also led Delta’s international franchise where he was responsible for the company’s international revenue and profit performance. As an expatriate based in Amsterdam, Netherlands, James led the profit and loss statement of Delta’s Europe, Middle East, Africa and India portfolio. James also served as the company’s chief economist and revenue forecaster after beginning his career at Delta as an executive in the corporate strategy group. Prior to Delta, James held executive roles with The Home Depot in strategy & business development and within the At Home Services division. Earlier in his career, he spent time as a management consultant with Deloitte Consulting in the mergers & acquisitions and corporate restructuring practices, focused on energy, retail and consumer business companies. James serves on the advisory board council of Cool Girls, Inc. In addition to his community work, he is on the executive committee of the diversity, equity & inclusion council at Delta. James also serves on the board of directors of Virgin Red, the London-based consumer loyalty company of the Virgin Group.