Fishman Celebrating 100 Years of Business in 2019 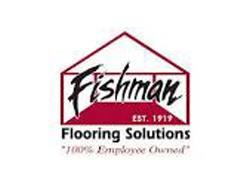 The company, originally known as L. Fishman & Son, first opened its doors in Baltimore in 1919 selling thread and sewing supplies to workrooms. Four years later, the fledgling company became a distributor for the American Thread Company. In 1960, the company began selling carpet installation supplies for the Roberts Company. Its work for Roberts became the foundation for Fishman’s current flooring business. The firm’s name was changed in 2012 to Fishman Flooring Solutions to better reflect the value the company brings to the marketplace. The following year, the company became 100 percent employee owned.

Fishman has invested significant time over the past six months planning its centennial celebration. Events to celebrate employees, customers, vendors and others have been scheduled throughout the year.