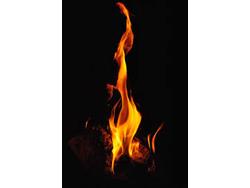 Dalton, GA, April 23, 2019-A fire started and was extinguished Monday outside the Victor Carpet Mills building in Dalton, Georgia, reports News Channel 9. The building is leased by Paul Walker, formerly with Conquest, who is operating a urethane backing operations there.

This is the fourth fire at the location since late February, according to the Dalton Daily Citizen, as the material, ground up carpet scraps with rubber backing, is prone to spontaneous combustion.

Walker’s firm separates the fiber from the rubber for Avanti Environmental Group. That group was supposed to have hauled the material away before the fire on April 22, according to Walker. Walker says that he will no longer process the material for Avanti.

The Dalton fire chief reports that extinguishing the fires is costly for the department, and that the operation at fault may face fines if the fires continue.