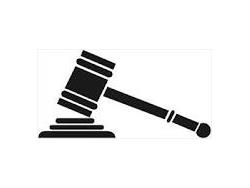 Washington, DC, May 6, 2021-A federal judge threw out a national eviction moratorium Wednesday after concluding it was legally unsupportable, upending a Covid-19 relief measure that has protected millions of tenants but created hardships for landlords, reports the Wall Street Journal.

“The Centers for Disease Control and Prevention, citing public health grounds, had extended the moratorium through June for tenants who have fallen behind on their rent during the pandemic. But a series of conflicting lower-court rulings had previously called into question the measure’s legality, and Wednesday’s decision is perhaps the biggest blow to Washington’s efforts to provide eviction protections. The moratorium originated from an executive order signed by then-President Donald Trump in September.

“Judge Dabney Friedrich of the U.S. District Court for the District of Columbia said that while it was the role of the political branches of government to address the pandemic, current federal law on public health didn’t give the CDC broad authority to impose the moratorium.”