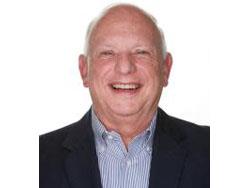 Roberts’ history in the flooring industry spans almost 40 years and began when he and partner, Doug Baily, founded Baily and Roberts Flooring in 1983. From the start, their company was successful, realizing rapid, double digit growth during its first decade and expanding to three commercial and two residential locations employing 90 staff. The company serviced the booming new home construction industry and the commercial flooring market.

Baily and Roberts Flooring’s success proved to be attractive. Courted by several large national companies, the partners sold the commercial segment of the company in 1996 to Flooring America/Carpet Max and continued to operate as Baily and Roberts Carpet Max. Four years later Bonitz Flooring Group purchased Flooring America/Carpet Max-and Roberts’ career with Bonitz began, first as the profit center leader, then vice president and finally as managing partner. After a 20-year career at Bonitz, Roberts retired on July 31 of this year. Roberts became involved with FCICA in 2007, as Bonitz was a long-time member.

Roberts will be celebrated for his contributions to FCICA and the flooring industry and formally presented with the designation of Honorary Lifetime Member at the 2021 Annual Convention in Austin, Texas.