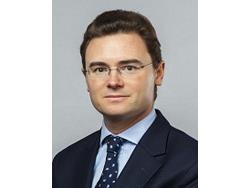 The supervisory board reaffirmed its intention to accelerate the Group's development around innovation, customer experience, operational performance, and acquisitions.

Fabrice Barthélemy has been a member of the management board since 2008, firstly as chief financial officer of the group until 2017, and then as president of Tarkett's EMEA & LATAM division. In addition to his current position, Fabrice Barthélemy will be the interim group CEO in close collaboration with Eric La Bonnardière, chairman of the supervisory board, until the appointment of a new group CEO.