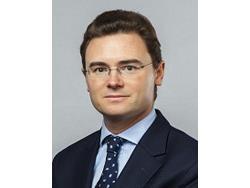 Paris, FR, January 16, 2019-Tarkett’s supervisory board decided at its meeting on January 11 to appoint Fabrice Barthélemy as chief executive officer and chairman of the management board.

Fabrice Barthélemy, 50, has been a member of Tarkett’s management board since 2008 in his role as the group’s chief financial officer from 2008 to 2017, then as president of Europe, Middle East and Africa (EMEA) amd Latin America division. Since September 2018, he has also served as interim chairman of the management board.

Fabrice possesses unique knowledge of Tarkett and its sector, with more than ten years of experience within the group. He has successfully contributed to the group’s strategy of profitable growth. He contributed to more than twenty acquisitions and was also instrumental in the IPO on Euronext Paris completed in 2013. During his tenure as president of the division EMEA and Latin America, Fabrice has demonstrated his ability to lead the group's main division in a complex environment.